Normec Groen Agro Control has built a wide experience in the field of food safety. It is a specialized laboratory in both chemical and microbiological analyses for fresh produce and food items.

Our services include a wide range of analyses, each one optimised for specific types of samples. Each analysis is performed by high quality equipment and trained employees.

In addition, we also provide advice about the interpretation of the analysis results. In case there are concentrations of certain compounds or micro-organisms that are too high we can assist in finding solutions and take the necessary measures.

Our fast and reliable analyses of our laboratory and the knowledge of our experts can be of service on several levels.

Normec Groen Agro Control is specialised in the screening of pesticide residues in a wide variety of matrices in combination with other contaminants or human pathogens: 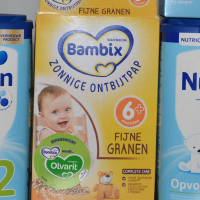 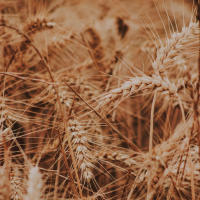 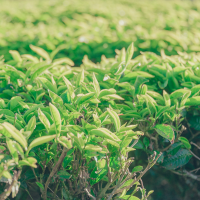 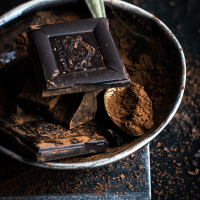 To ‘Contaminants: Heavy Metals and Nitrate’

Heavy metals can occur in fresh produce which can be potentially harmful to the health of the consumers. These heavy metals are lead, cadmium, arsenic, tin and mercury and occur in the environment. They can be absorbed by crops and eventually end up in the fruits. The European Union has established concentrations of heavy metals that are allowed in food without harmful effects on consumers health. These maximum levels are described in 3 EU regulations: EC 1881/2006, EC 488/2014 and EC 2015/1005.

Contact us for the analysis of heavy metals on your fresh produce samples.

Certain types of leafy vegetables such as spinach and lettuce may contain high levels of Nitrate. In itself, Nitrate is not harmful to the health of consumers. However, nitrate can be converted into nitrite by the human body and high levels of nitrite can result in health issues for consumers. The EU has set specific maximum levels for a number of leafy vegetables, including spinach and lettuce. These levels are described in Regulation 1881/2006.

Contact us for the analysis of nitrate/nitrite in leafy vegetables.

Dry matter and fat/oil content in mango and avocado

Eating habits of consumers are changing towards products that are more ready-to-eat. This is especially true in the fresh produce department for mangos and advocado’s. Producers and traders of these products want to determine the maturity or ripeness by analysing both the dry matter content and the oil and fat content. It is often difficult to determine the maturity or ripeness visually; although colour of the skin changes and surface rust spots increase by an increasing maturity. Nevertheless, the taste of fruit can still not be optimal. However a relation between oil content, the dry matter and the maturity of the fruit exist. During the process of ripening the oil content increases and the water content decreases. By monitoring the contents of fat and dry matter on a regular basis, suppliers can estimate the level of maturity and can determine when the taste of the fruits are most optimal for consumption.

Normec Groen Agro Control performs the analysis of both fat and dry matter in fresh produce.

Normec Groen Agro Control is a specialized laboratory in the field of microbiological food safety. Microorganisms are determined by various analytical methods, such as plate count methods or methods based on DNA. In addition to perfroming these analyses when the samples arrive at our laboratory, products can also be tested at the end of Shelf life.

Most these microbiological methods are performed under the accreditation of Normec Groen Agro Control.*

The proper hygienic circumstances in the production facilities and packing stations is of primary importance to minimize the growth of bacteria, fungi and viruses. Although making improvements to industrial hygiene seems to be an easy job, in practice it is not that straightforward. Normec Groen Agro Control has the expertise to perform a thorough screening of the hygienic circumstances at your company, monitor the occurrence of microbiological pathogens and establish a hygiene protocol. Such a protocol will have an impact on the center of your company and production process, since it involves all business processes.

Normec Groen Agro Control will also assist with the implementation of the protocol by training your staff and coworkers to check if the protocol works as intended. In addition, our department of microbiology, will perform the required analyses on a frequent basis (for example for HACCP) to make sure your company’s hygiene is also guaranteed in the future.

Besides performing our standard package of analyses, Normec Groen Agro Control also performs more specific research projects. Our advanced analytical equipment and expertise are used in these special research projects and an advice can be given based on the results of the analyses. During this process we are in close contact with the customers. The research projects are generally focused on: